Happy May, sweet ones!

I am currently back in the US for a visit and, unsurprisingly, spent the first few days making trips to my destinations of choice. Among them was my favourite antique mall – a huge but hidden shop in the middle of an inconsequential strip mall. Were it not for the AMAZING bubble tea place a few shops down, I wouldn’t even have stumbled upon it in the first place. But thank goodness that I did! It’s been a fabulous resource for vintage magazines, old sewing patterns, and some amazing crafting manuals from the 1950s (more posts on this to come).

Most recently, I made a trip to try and hunt out a vintage compact. Being somewhat financially constrained (hello PhD lifestyle), I really can’t afford to spend much on searching out authentic accessories. But, every so often, I find a gem that even my budget can accommodate. After investigating a few different options, I found a compact that I totally fell in love with. The information alongside it wasn’t particularly generous – the vendor’s label told me only that the compact was “Flato – 1920s-1940s”. Thankfully, we live in the digital age and a quick Google search told me that I’d stumbled on a really amazing find.

‘Flato’ refers to Paul Flato, otherwise known as the jewellery designer to the stars. Born in 1900, Flato began his career in New York, opening a small jewellery store near 5th Avenue. With a definite sense for his craft, it wasn’t long before Flato became known for his unique jewellery designs. In 1937, Flato expanded his business to Sunset Boulevard in California, and from here he capitalised on a growing relationship with Hollywood’s most famous stars. His pieces were worn by the likes of Greta Garbo, Rita Hayworth, Joan Crawford, Ginger Rogers, and Katharine Hepburn. Flato’s designs were known in particular for some fantastically unique features, including shells and scrolls, as well as their art deco style. 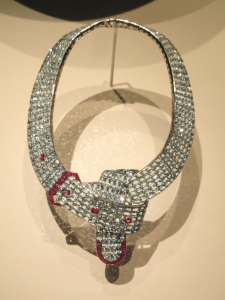 Unfortunately, this golden age didn’t last long for Flato. In 1943, he was convicted of fraud, after illegally pawning $100,000 in jewellery. This got Flato a 16 month sentence, served in Sing Sing penitentiary. The rest of his life continued to be marred by accusations of forgery and larceny, with Flato moving to Mexico in order to avoid conviction. Flato died in 1999 and, despite his unfortunate legacy of criminality, is largely remembered for his contribution to the style that dictated 1940s Hollywood glamour.

Given everything I’ve read about Flato and his designs, I feel extremely lucky to have come across a fantastic example of his weird and wacky style (particularly for a steal of $29). Just take a look at this gorgeous thing: 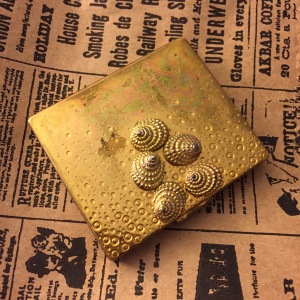 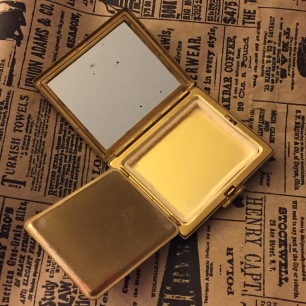 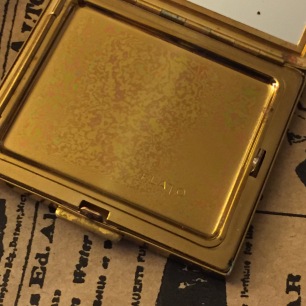 I absolutely adore it. And what an opportunity it has given me to learn more about one of the key figures in 1940s fashion. No doubt this little compact will be a key feature of many vintage outfits to come!